When He Came to Himself - Prodigal Son 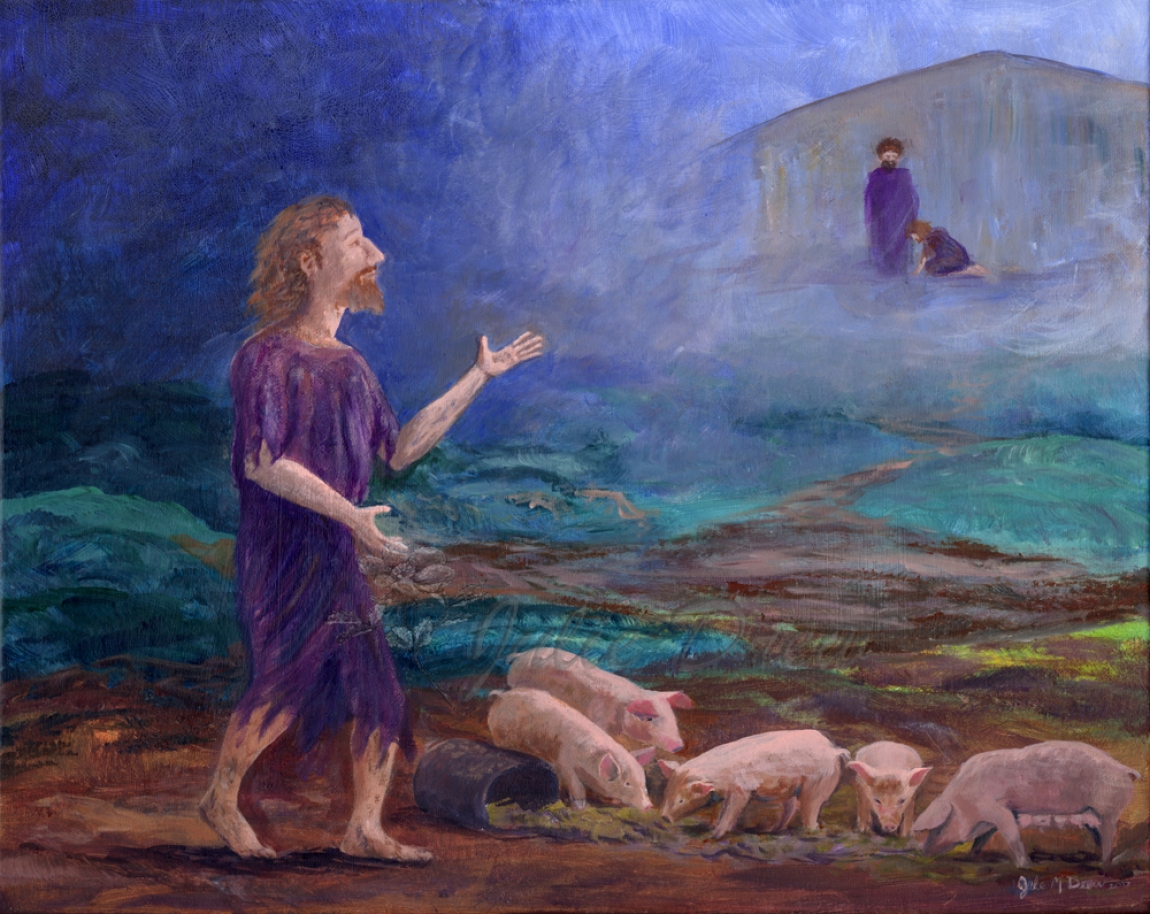 The onWORD conference with the EPWahl Centre and Taylor Seminary, Sep 29-30, 2017, has invited eighteen artists to show their painted interpretations of the story of the Prodigal Son, the theme of the conference. There will be 30 paintings altogether. I feel privileged to have two paintings in the show. Let me tell you about them.

Prodigal son painting: When He Came To Himself, Acrylic on Canvas, 16” x 20”

The prodigal had squandered his inheritance, all that he had received from his father. The only job he could find was feeding pigs, which for Jews, who believed that pigs were unclean, was the lowest of the low.

While feeding the pigs, he comes to himself. He has an awakening, a realization. He sees the truth of himself and the situation he has made for himself. He is ready to face himself and what he has done. He envisions his journey back to humble himself before his father in repentance.

To the left in the painting is the darkness out of which he is emerging, his rich purple robes are in tatters, the pigs are a barrier of going home. He comes awake to himself, realizing where he’s been and what he left behind. In his coming awake, he is ready to surrender; surrender his will, his waywardness, all that had driven him from his father’s house. He imagines going home and falling to his knees before his father, hoping for a place among the servants.

As I thought about this and worked on the painting, I considered that it is not only the prodigal son who needs to come to himself, but the older brother, too, who needs to come awake, to see himself before he too can be set free of his own burdens and self-righteousness.

This is where the second painting comes in: I am Loved, Acylic on Gallery Canvas, 20” x 24” 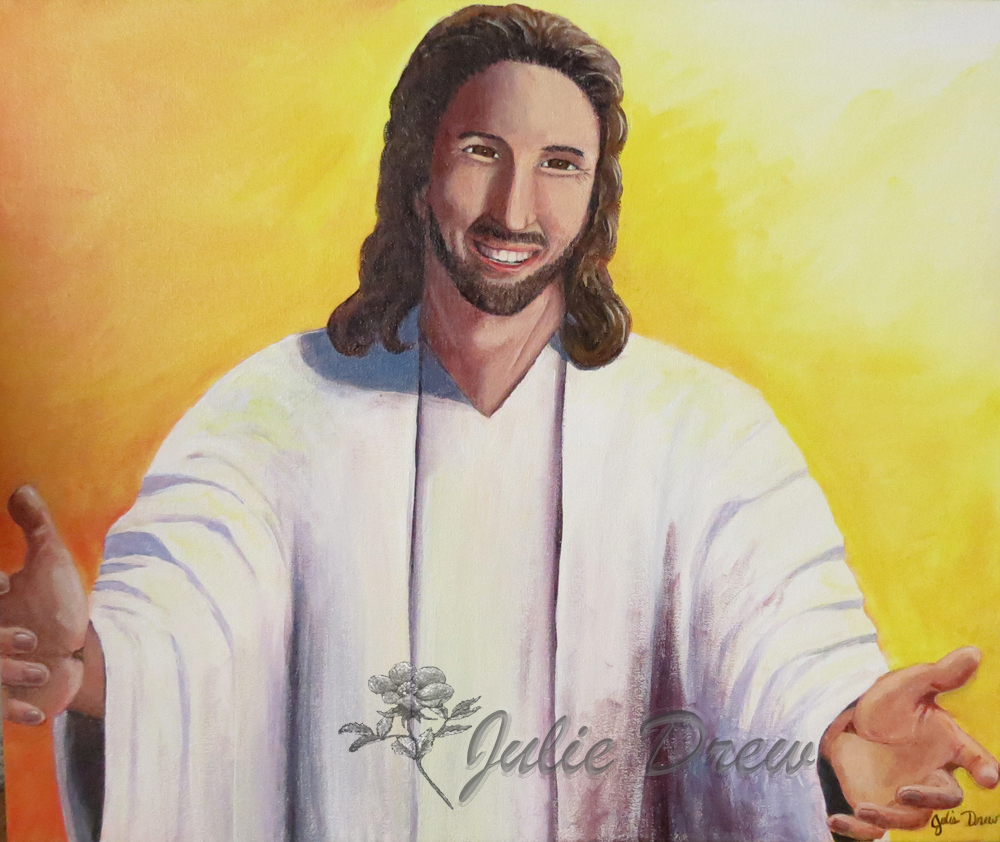 Both brothers have a misconception of the Father. The younger hopes to be forgiven and gain a place among the servants. The older brother only sees a task master. The truth is the Father loves both sons as they are, not for their actions. He is waiting to welcome them into his embrace. He ran to meet the younger brother and had a celebration. He came outside to find the older brother to bring him into the celebration, “Son, you are always with me, and everything that is mine is yours.”

At times, I have felt myself in different parts of the story. More often, I find myself in the older brother’s part, as I still need to ‘Come to myself,’ to wake up and be aware of my own self-righteous actions and motivations that take me away from the Father. Then I, too, can go to the Father and feel again his great love for me as his daughter.

Where are you in the story?

The paintings will be on display at the onWORD Conference Sept 29-30 at Bethel lutheran Church. There will be a silent auction for the paintings. Sign up today to take in the conference and see the artists’ interpretations of the Prodigal Son.

Make sure you enter all the required information, indicated by an asterisk (*). HTML code is not allowed.